How to Setup Node.JS Web Server to AWS with ECS and Fargate

This blog will focus on how to create simple Node.js by using Docker, then later push the docker image to AWS ECR and ECS and use AWS Fargate to serve this Node.js Web Server.

First, we'll create a simple Node.js Web Application, and build image by using Docker with this app. At here, we'll start create the Node.js Applications by running below commands.

These commands, first line we'll initialize a npm package.json file with npm init -y, then install the only dependencies which is express. Run nano app.js or create a file manully with the name app.js, then put below content to the app.js.

This code will start up web server by using the express and return the hello worlds! when page get request with port 7777.

You can test the page by type the node app.js at the command console.

This section, we'll start build docker image and create container. Create a Dockerfile at the same directory, put below content to the Dockerfile.

Now, let's run this command to build docker image, this will build the docker image and store locally.

Once build docker image succeed, you can run this to list the images and check the image we just created.

Now, run the docker with what we just built to create a container, this tells the docker that to use the image 1722c9508798.

Type below http://localhost:3300 to see if able to get response from the container Node.js, once if we get the same heelo world!, means the docker image/container works on the local and ready to setup image/container to AWS.

So far what we have done are create a Docker image locally, then use the image and create a container, expose the port 7777 to the caller site as 3300, so we'll do the same but in the cloud with AWS. First we need to create a docker image into AWS, that'll be ECR, Amazon Elastic COntainer Registry, which will be a image repository have we can push our image, and you can set the image either publicly or privately.

In this section, we'll create a private repository for our docker images. 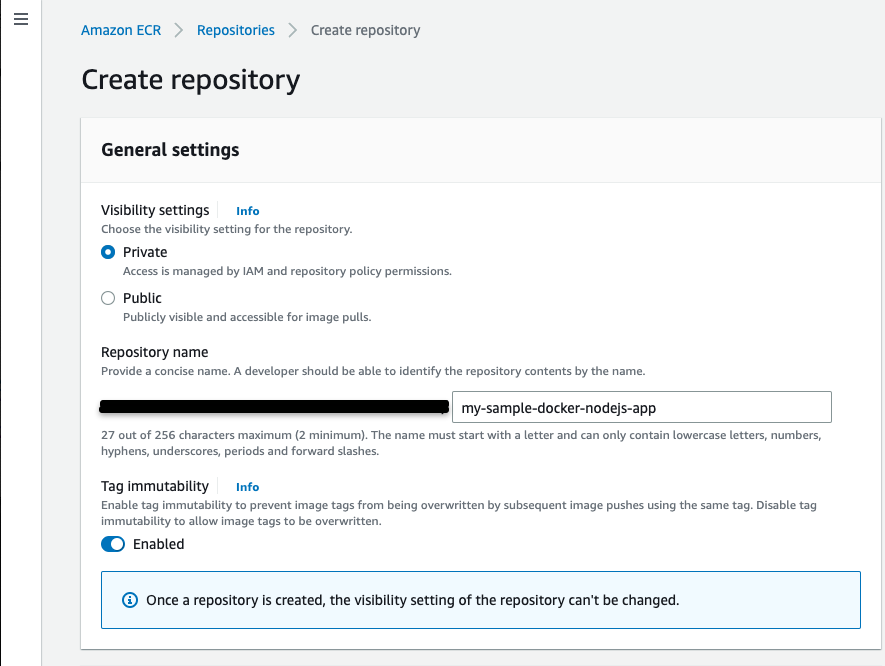 Once create the AWS ECR Repository, click and go inside then you won't see any image as below. Here we'll push our docker image at here.

AWS ECR already has list of command can help to push image, click the View push commands you should see the detail of how to use AWS cli to push local image to the ECR.

First, we'll exist below command to authenticate, once you get successful, you should see Login Succeeded.

Second, we'll build our docker image, if already use docker build image built locally then can skip this part.

Next, we'll tag our image with ESR's repository

Lastly, we'll push our image to the AWS ECR

Once push the image successful, should be seen the new record at here.

We'll close to finish, so far we have our docker image at ECR, which is expose port as 7777, so start from here we'll create clusters, task to run the docker image. 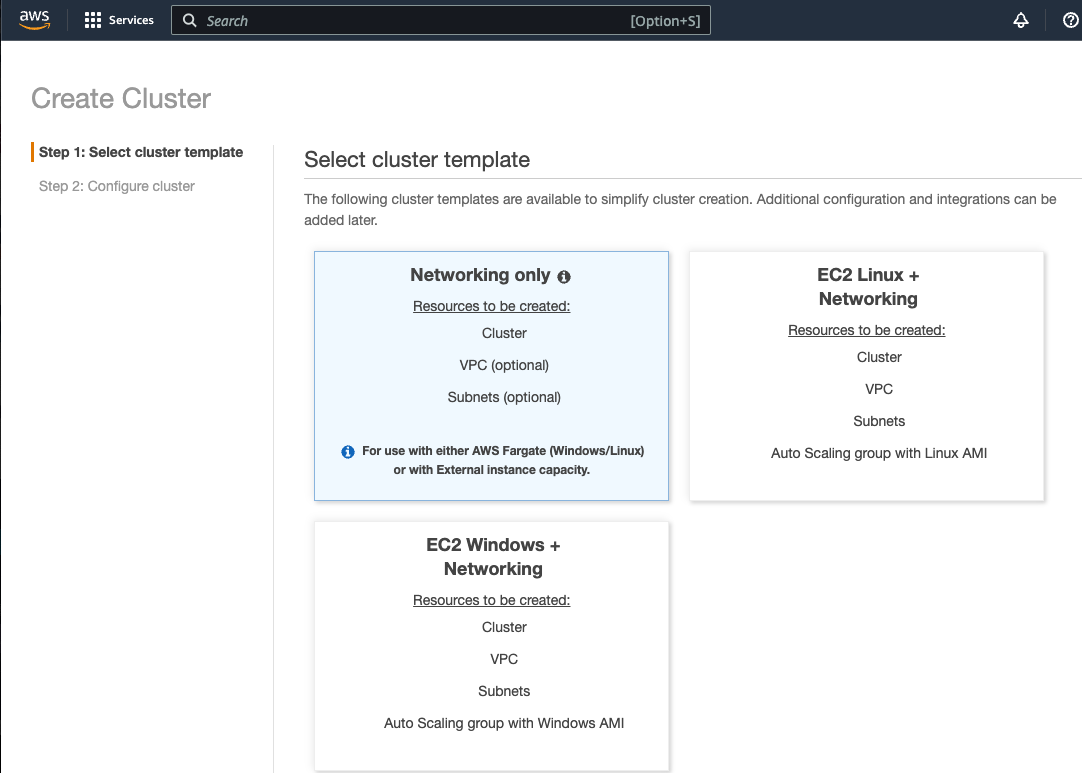 During the configure cluster, just put any name for the cluster, if you have VPC already you can skip that, or create new VPC as blow. 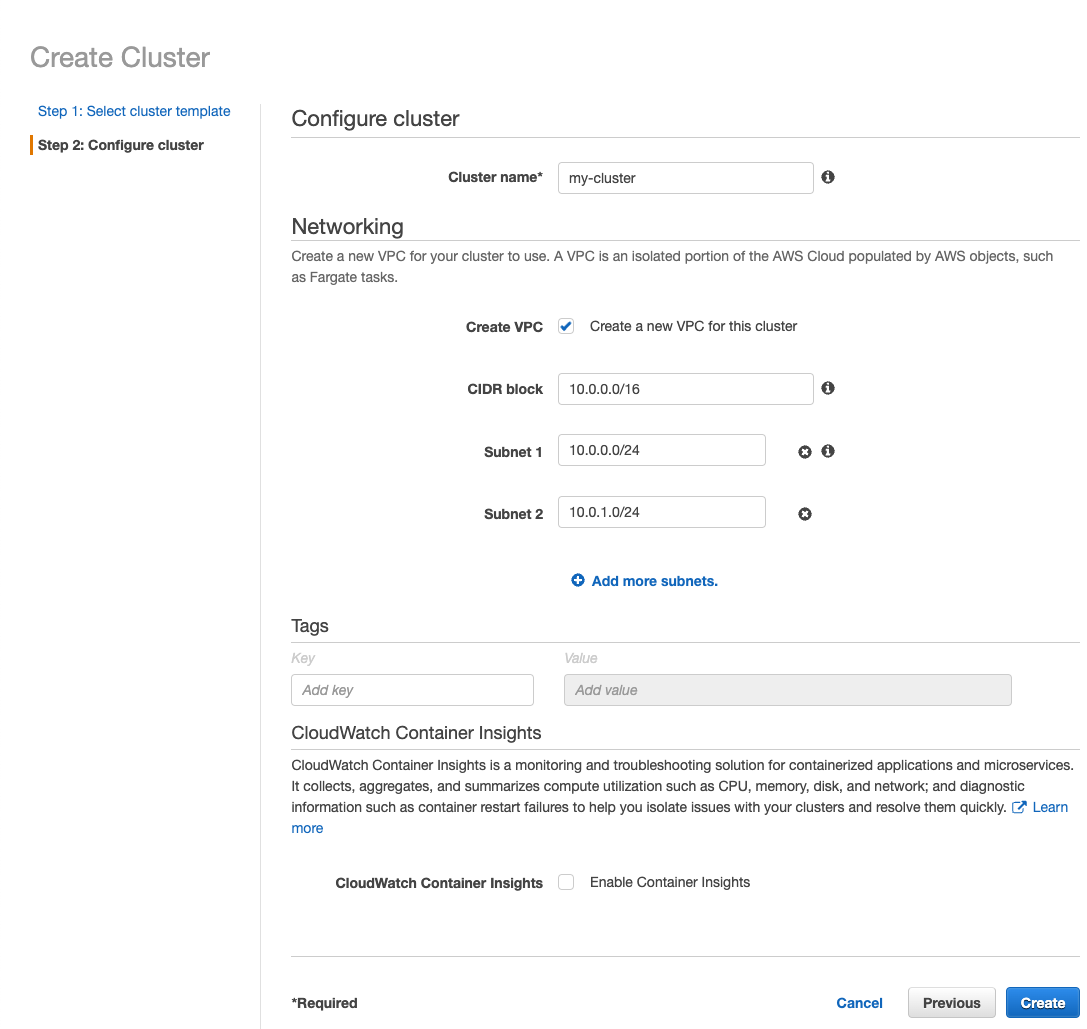 Once create cluster is done, should seen this screen that ECS cluster and CloudFormation Stack are created. 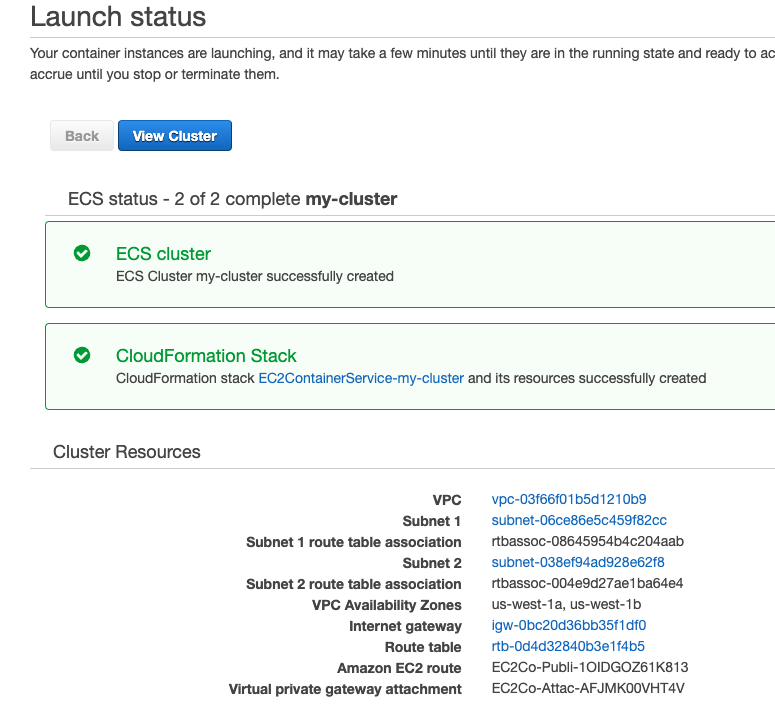 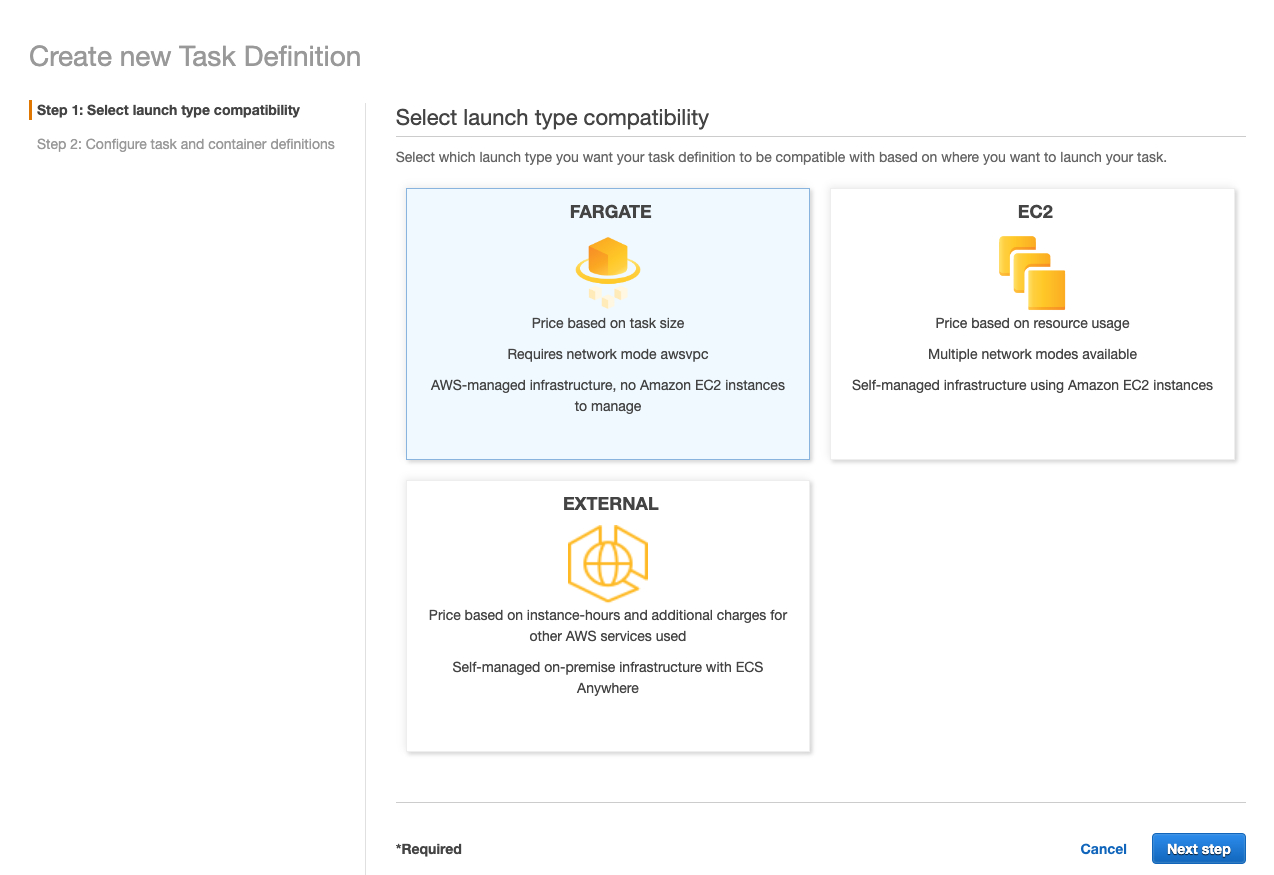 When create a new task definition, most of the field at here we'll keep as default, once thing important is that we'll add the container and choose the image we push from our local to the ECR repository. 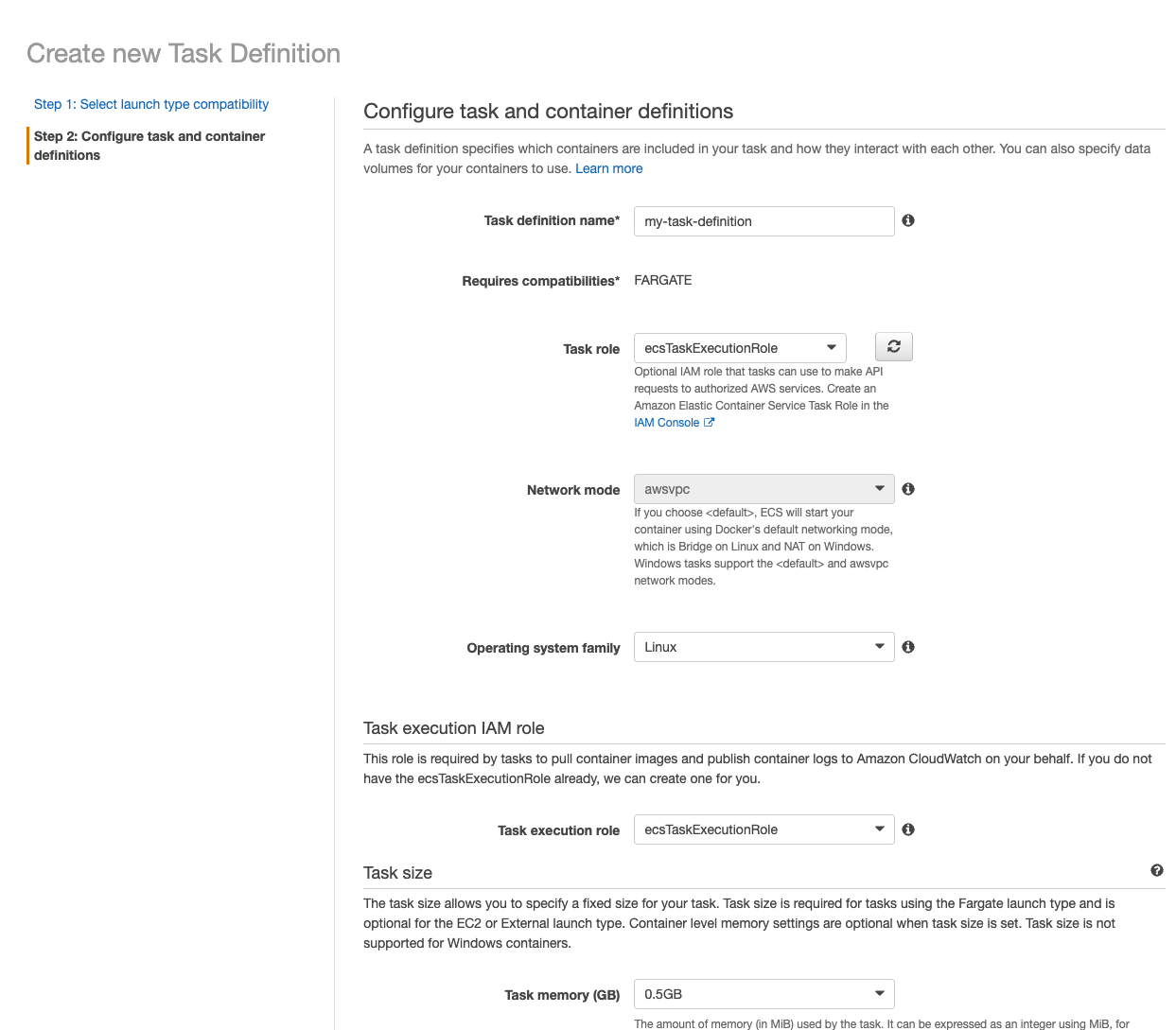 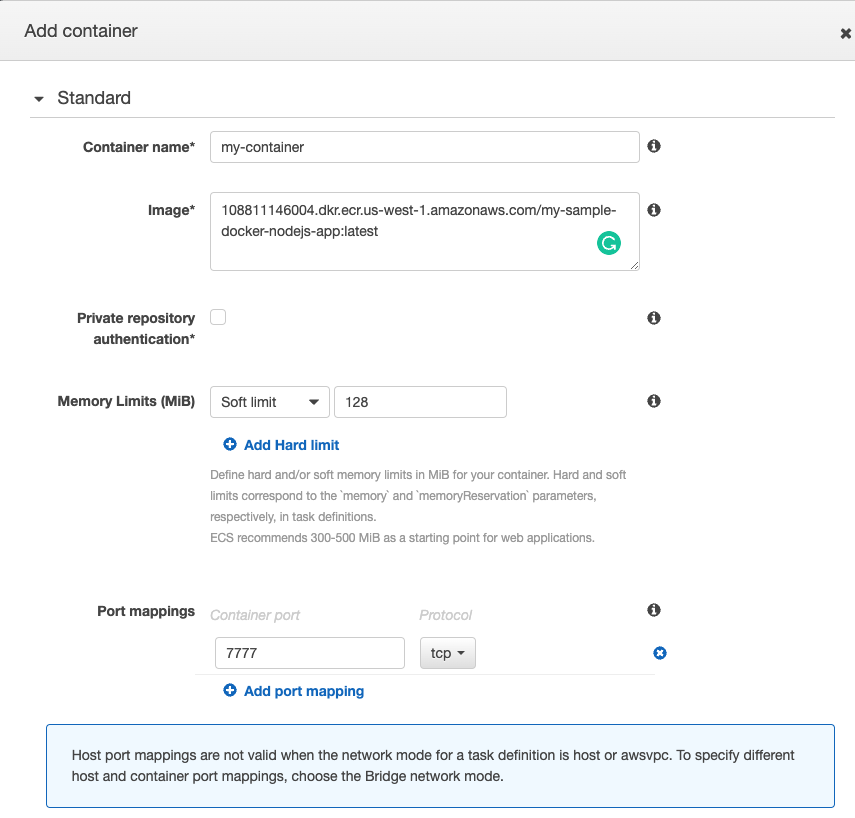 When finish creating the cluster with our container from ECR, we'll create a task so our app will run. Go to the cluster and choose the one we just created, and click create task. 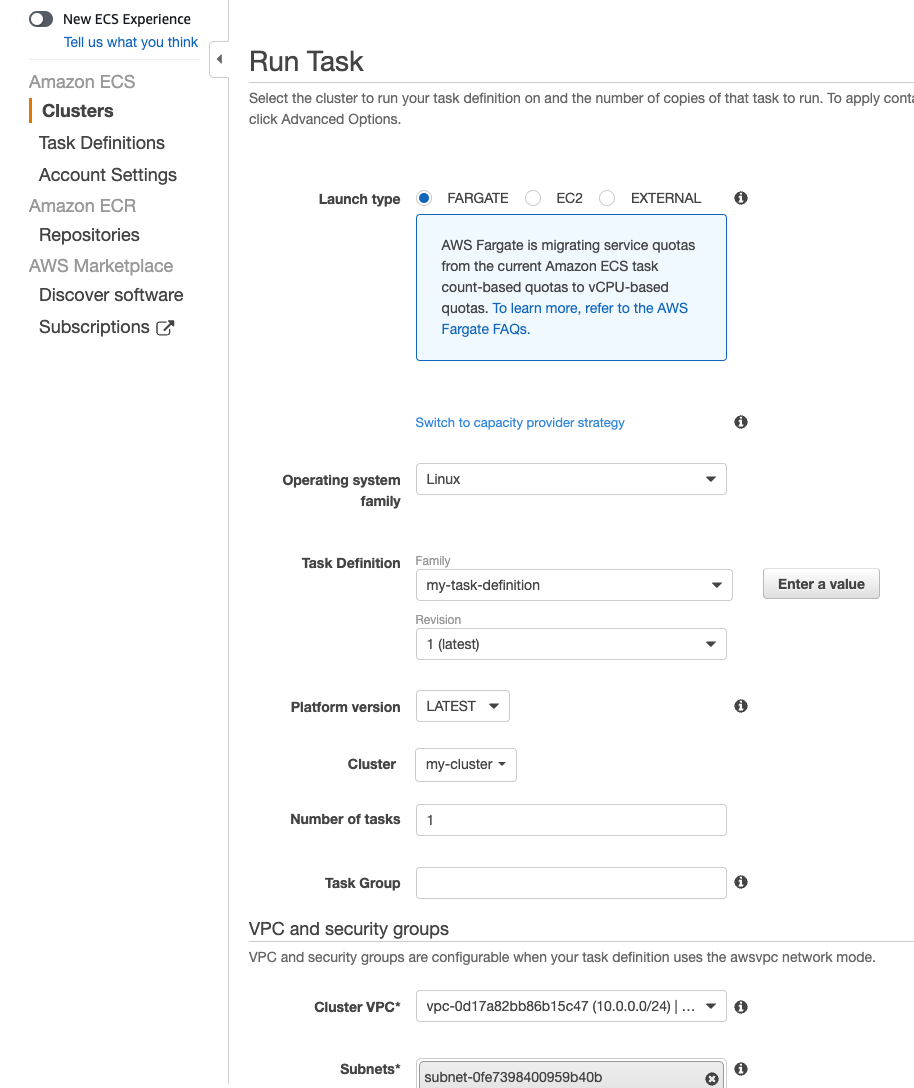 Once create a task for the cluster, AWS should start build container and create public IP address, for testing, you can use copy from below Public IP address and test it out at the browser. 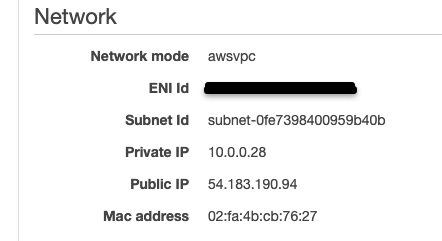 If everything works out, verify the browser should return the same response as from our local.

That's all we need to cover for this blog, next is delete the resource to avoid unexpected charge.

If you are just create ECR, Farget, and cluster for testing, we need to delete these resource once your testing is done. 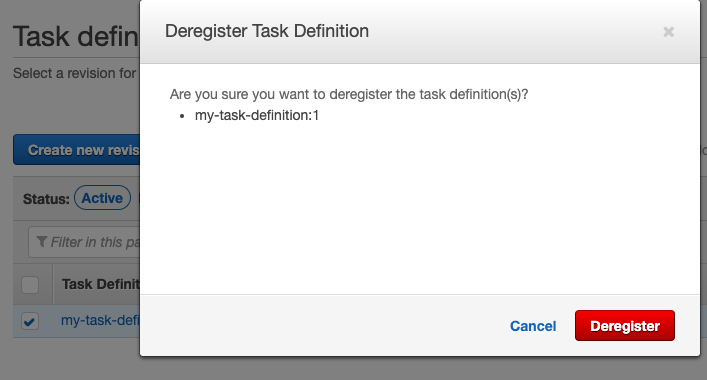 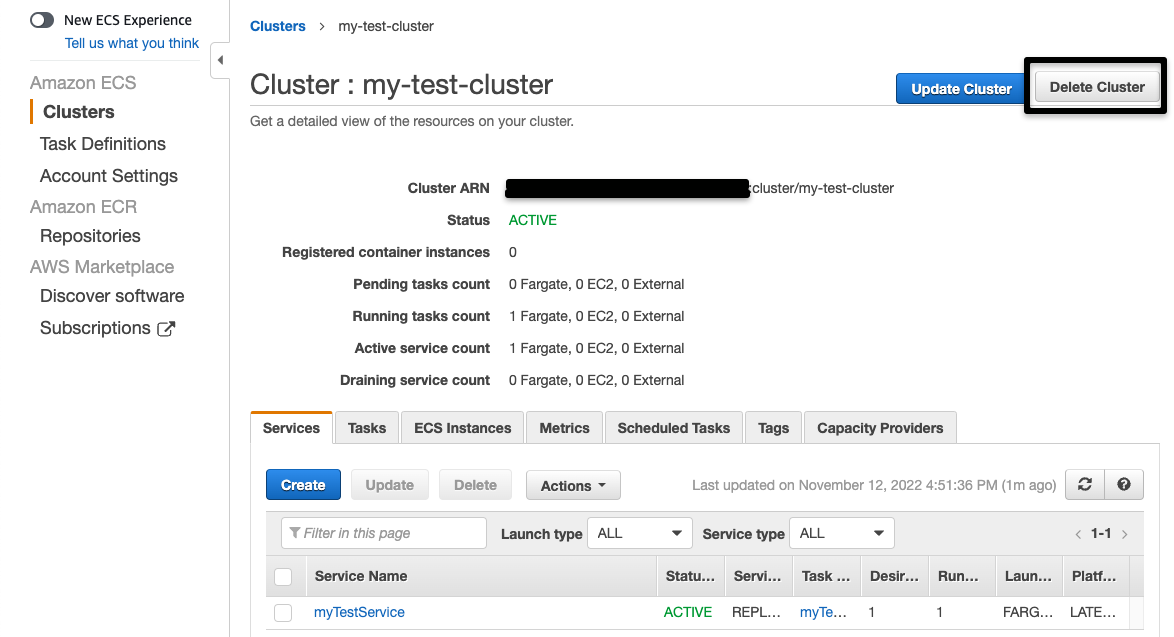